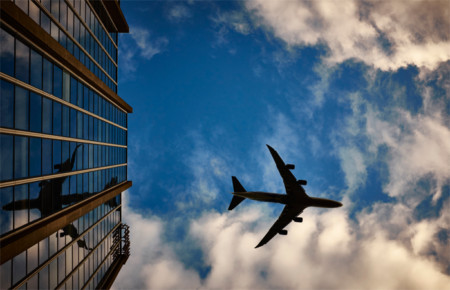 It’s nineteen years ago that we saw the twin towers fall on 9/11.

There’s so much evidence of this event being an inside job that I’ve always thought one must be truely blind to still be-lie-ve what we’ve been told.

But Disclosure hasn’t reached the Mainstream as yet.

Every year around this time, I pour my energy into the masses’ awakening from this illusion, by writing and talking about it with people.

Until today, I’ve rarely met someone who, similar to me, felt a huge ‘No, Not True!’ when they encountered this event.

I vividly remember how I perceived this day that changed the face of the known world.

In fact, I’d waited (but not hoped) for a new scapegoat to appear on the world screen ever since the iron curtain fell.

Looking at history, I’d long realized that humans tend to project their shadows to the outside.  We seem to collectively ‘vote’ for a person or a group as being the ‘bad boys’, who, in fact, only mirror our own negativity.

It fits our victim role that we put our fears and anger onto someone whom we can blame for our misery, and act out our innate aggression by fighting against our mirror, this aggressor.

No matter whether we call them Attila or Ghengis Khan or, more recent, Stalin, Hitler, the USSR,  Saddam Hussein, the pattern is always the same:  We are good, they are bad; they are the enemy and we need to protect ourselves from them, best done by attacking them.

So here it was, the new scapegoat, falling from New York’s heavens: the Muslims.

OMG, within one day only almost one third of humanity turned into an enemy!

Everybody I know remembers this day and tells their own story, there are millions of these stories, so let me roll out my 9/11 story for you:

The first time I saw the videos of the planes flying into the towers and watched the entire buildings collapse, everything in me screamed, “No! This is an illusion, it’s not true!”.

The simple fact that the buildings collapsed from down told me that the planes couldn’t be the cause of the towers crashing.

From my perspective, this assumption defies all logic, and many engineers testified in the following years that there must have been an explosion on the ground or underground, in order for the towers to fall the way they did. (1) 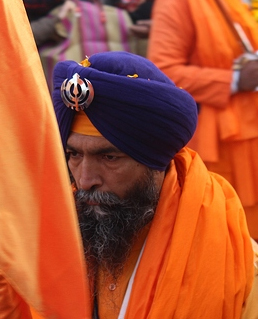 A few hours later, MMS showed us a photo of a man with a turban who got arrested under suspect of compliance, and the rumor was set that Arabs performed that cruel terrorist act.

But mind you, the turban of this man wasn’t Arab style, it was Sikh. In Sikhism, a mix of Hinduism and Islam, men are not allowed to cut their hair, instead they roll it up with a cloth in a specific way that looks pretty different to how Arabs bind their turbans.

This was the moment when I realized that the planes might have indeed been real, but the entire interpretation and commentary on the event was false; it wasn’t intended to reveal the truth, it’s sole purpose was to manipulate public opinion.

I remember telling my mother whom I visited that day, “Here’s the new scapegoat, the Muslims. Just wait and see, Bush is going to use this as an excuse to run into Iraq again”. And so he did.

Ever since 9/11, the war on terror’s been raging. As things always work out according to the Law of Attraction, energy goes where the attention goes; the very act of fighting against something enhances this something, and today we have more terror than ever before.

World-wide, we citizens gave up on our personal rights; in fear, we allowed them to be taken away from us, fed by the illusion that constant supervision would create more safety and protection and vicious attacks would cease.

By now, thousands of cameras spy on us when we move in our cities, and all the data collected everywhere (think NSA) gets used against citizens, not in favor of them.

By now, the scapegoat ‘Islam’ has become so prominent that even presidential candidates can rage against Muslims per se, without people barracking them for their prejudices. This shows how amped up folks are, how their fears got played with and the drama train fully fired. It seems like many would rather choose being governed by fascism than facing the truth of their own negativity.

For me, it’s unbelievable how brain-washed humans can be. How is it possible that billions of people manage to project fearful thoughts and emotions onto billions of innocents whose only ‘fault’ is to having been raised under Islam?  All this just because some of them are radical? Are all Christians ‘evil’ because of the few fundamentalists among them?

Russia, bring it on!

In 2015, I heard Putin state in the alternative media that Russia has satellite evidence of the 9/11 event and would disclose it in case the US government was not revealing the truth until that years anniversary.  Didn’t happen.

How about Now? We need truth. Now. Bring it on, Vladimir.

Scroll to page 21 to find it: 15 Years Later: On the Physics of High-Rise Building Collapses.

“The total collapse of WTC 7 at 5:20 pm on 9/11, is remarkable because it exemplified all the signature features of an implosion: The building dropped in absolute free fall for the first 2.25 seconds of its descent over a distance of 32 meters or eight stories.

“Its transition from stasis to free fall was sudden, occurring in approximately one-half second. It fell symmetrically straight down. Its steel frame was almost entirely dismembered and deposited mostly inside the building’s footprint, while most of its concrete was pulverized into tiny particles.

“Finally, the collapse was rapid, occurring in less than seven seconds. Given the nature of the collapse, any investigation adhering to the scientific method should have seriously considered the controlled demolition hypothesis, if not started with it.”