Skip to content
Home/Finger on the Pulse/Aster: Chaos Comes Before Sacred Geometric Reordering 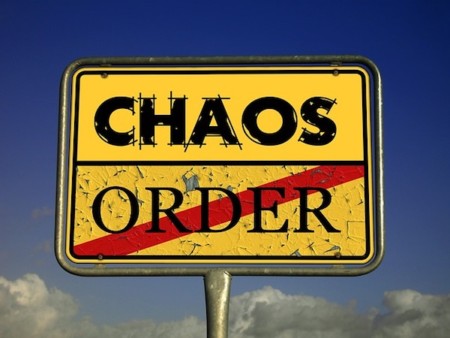 A bit over four years ago, I had a session and a conversation with Aster, who identifies as my expanded Self. The conversation was about the intensity of the energies I was feeling at that time, but the answers given are even more pertinent to now, in my opinion.

The scope of my perception of energies has been greatly expanded in the last four years, so perhaps this is the reason I feel them even more profoundly now than I did then. At the same time, I perceive for myself that the levels of endurance I have has sharply risen. I don’t really think I could manage these levels of intensity in the energies even a year ago.

Welcome to the new normal. Sigh. It’s pushing the envelope of what I perceive as comfortable for sure. The list of reasons come forth to tag themselves to these feelings, but I no longer care to necessarily believe in them. Though they may masquerade as reasonable, maybe they hold some truth and maybe they don’t. Maybe there’s simply multiple layers of reasons that could reasonably be assigned to how this now feels to me.

I’m sharing this repost from my personal blog at Notes From the Center of the Spiral. You can consider what is being said for yourselves. From the land of no time, this message is talking about a far broader view than we, as human beings – boots on the ground, divinity in form – can normally fathom.

Andrea: Here I am, and ready to share thoughts again with you. In the past two weeks since we’ve spoken it’s been feeling very, very heavy energetically. Only this time it seems more mental and emotional, rather than physical like it was before.

I’ve definitely felt squeezed, and challenged by situations which seemed to be pressurized. There’s been the feeling like the pressure is building and something, somewhere, is ready to pop.

At the same time, I’m feeling hesitant to assign this to anything particular. Instead, I intuit this is playing out everywhere in many different arenas.

Aster: We would say this is so. Of course, we would say if this is your personal experience, then of course it is so, even if it isn’t so to anyone else. In this case, however, this is the vibrational interaction happening at this time, and its expressions in your realm are diverse.

There’s a tendency for human kind to wish to mentally assign a ‘reason’ for whatever is being experienced, like pasting a label on a bottle, as you would say. What’s in the bottle, in fact, may be something altogether different. In this case, what is in the bottle, metaphorically speaking, is the chaotic reordering of all manifestations being carried forward by humanity, and the collective consciousness of the human kingdom on Gaia.

This can be viewed in both the crumbling of old paradigms and by the flurry of activity creating new paradigms for going forward. This can be viewed as chaotic, but in fact, this is better seen as the re-ordering sequence of energetic manifestation.

You had this insight earlier today as well, but allow us to expand this even further. Understand that the linear concept of moving from one point to another is completely inconsistent with Divine Law and Reality.

Closer to Reality is the concept of a circle (or spiral, but let’s keep it simple for now), and at a certain point of this circle it contains a point where extreme chaos and extreme order are occupying this same point. They aren’t polar opposites so much as they are Divine Compliments. For one to exist, so must the other.

However, due to the sensory equipment that most of your kind have access to at this time, in order to experience either of these attributes there must be attention put to either one or the other. It will take an expansion for a person to be able to integrate both at once. This is an integration that’s going to happen and it’s going to change everything in it’s path.

Every single experience will change it’s very nature and all values placed on everything will be different because of this expansion of consciousness we speak of. Time is bordering this mighty shift, and all beings will feel the power of this realignment.

Andrea: That’s a big surprise, though I have had similar thoughts recently about vibrations and how they are chaotic in expression before they burst into a new pattern of complexity.

This can be seen by sand on a metal plate when musical tones are played. The vibrations will make patterns of geometry in the sand particles when certain tones are reached. In between these tones are sand particles dancing all over the place and popping like popcorn. It certainly has felt like popping corn in my world lately.

Aster: The fact that you notice this and intuit this as a feature of a shift in vibration is a verification of the expansion in consciousness we speak of here. Continue to observe as the chaotic movement increases until the next ‘tone’ is reached. This will be the point of a new complex sacred geometric pattern emerging, and this will have significant ramifications on all levels of being for all beings.

The experience of this phenomena will be as diverse as there are numbers of beings in this realm. None will have exactly the same realizations or experiences, but the fact that it’s happening to and for all will make for many similar scenarios and outcomes.

Andrea: Well, it’s good to know that the chaos isn’t something bad which we should all be afraid of. It would be easy to fall into that because it feels so uncomfortable and unstable.

Aster: Rejoice, for this is the time for miracles and wonders! Don’t allow for the excitement and anxiety of the past to interrupt the ability to be in the magical now.

Observe what there is in this energetic movement, and allow for its intensity to be without feeling the need to control it. No one can control this, it’s the Universe Itself in a birthing clench.

The chaotic and frantic pushing of everything previously hidden to the surface is a part of the birthing of the new. It is the flag-bearer in the front of the column, announcing the retinue of the creations for the new era coming into view.

Andrea: Thank you so much for this expanded overview of what is happening. It’s a lot to think about and will give me some peace over what has been fairly stressful in the past two weeks. It’s felt like something to endure, like it’s set my teeth on edge.

Aster: The dissonance preceding the harmonious tone being reached is almost done. In your experience of time it is a prolonged ordeal, and yet, from our timeless view it is already accomplished. Be assured that nothing can stop this action. This action has to happen, as this is how all Life-force and the Consciousness of the Universe and Source Itself operates.

This is a new concept from your view, but is well-known in our realm and has been observed over the eons. Without fail, it is, and is always so.

With these thoughts we leave you for now. Come again and we will share more from our view for you to consider.

Farewell and go with love.

Andrea: Farewell and thank you.

Original article: Notes From the Center of the Spiral