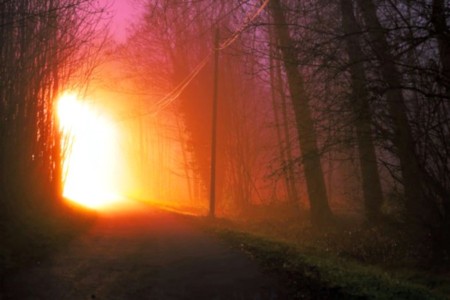 The demand for higher levels of integrity continues to be highlighted, both in the current events in spiritual communities and in the mainstream media as well, truly reaching epic proportions in the US political arena, but also showing up world-wide.

I’m not going to comment on the politics in this share, rather, on my take on the energies present at this time and how they’re demanding (not asking, mind you, demanding), higher levels of personal integrity.

This is particularly true for those who are taking up positions that are speaking to morality and integrity, for whatever reasons they may be positioning themselves to do so.

The levels of transparency and integrity demanded from anyone in these times, only rises with the level of reach one has into the minds and hearts of others. In other words, the more public the presentation, the more these current energies are demanding the highest levels of truth and transparency to be brought forth.

I don’t agree with the thoughts that have been prevalent for so long among so many which say that our audience is so lame as to not be able to sense what’s less than authentic. I think we perceive this sort of hedging just fine.

We may not understand or know the petty details of what’s trying to be hidden, we may not know what it is that’s being omitted from the presentation in the service of image management, but we feel its absence, we sense the whole story isn’t being presented. How disappointing this feels, and frustrating too.

Amid the non-stop parade of glamour and hype, we simply long, from deep in our hearts, for the real story. Who is still ready to be impressed with a mock-up or a Photoshop version of anything of any importance?

I know that it takes some real courage to come forth without image management taking the number one position on one’s priority list. I’m here today to talk about how I also know taking this stance as being a fast track to a fall as epic as the extinction event of the dinosaurs.

I’ve said before how I perceive that Ascension isn’t for sissies. This only intensifies for those who position publicly for attention and recognition.

If one is coming out to speak from a podium to people (actual or virtual, as in blogging), particularly when taking a stance from high moral ground and/or from positions of asking for our trust, then the energies present at this time aren’t going to support anything less than transparency.

The old ways of lying by omission are going to be failing miserably. I’ll go out on a limb here to predict we’ll be seeing much more of this failing playing out on the world stage, and not less.

For those who’ve been offering less than transparency as main course in their presentations, the path forward is going to offer some opportunities to show the courage to come clean with these higher levels of authenticity and personal integrity demanded at this time, or either they will, as I see it, be failing and falling off the back of the wagon into obscurity.

While this may sound harsh, I won’t be apologizing for what I’m perceiving and foretelling will unfold in the near future. I think what’s happening now is the very tip of the iceberg and will only be accelerating as we go into the next couple of years, especially.

This is bound to stir up and release a whole lot of emotional chaos. People and public personas are either going to come forth with the truths they haven’t wished to have known about them, have hidden in denial and other forms of image management; and dealing with the emotional thrill and inherent danger of the ramifications of doing so (including the attacks from the disheartened), or their presentations won’t pass as authentic anymore.

The current energies won’t support the hidden and unspoken to remain so, all that’s festering under the surface stuff is coming out to play and for the greater good.

Either way, high emotional content will be present. Those who’ve attached themselves to these players, in either compassion or in rage or disappointment, are going to be generating lots of emotions too.

As I read the current environment, energy-wise, what I perceive is individuals will either buck up and grow up, or will be seen to be lacking in some embarrassing ways. Embarrassment which is less about what is, than in what is clearly an attempt to deny what is and what has been.

Whatever has been, has been. No amount of denying personal history is going to make it not so. What’s going to be seen for what it is, is the truth of what is at the top of the list for those who put their image management above their personal accountability.

Personal accountability has never been more important than it is in these times, and those who continue to deny this are going to be paying higher and higher costs to do so. I can confidently forecast this is going to be the main show presenting on all fronts for the foreseeable future.

How we, as individuals, process this emotionally is going to be important too. An epic dump into the collective field of all the less than honorable and personally impeccable intentions going on is going to be chaotic and unsavory at least.

As sensitive and compassionate beings, I think it’s going to be a burden for many of us  to process these feelings, like those dealing with feelings of being betrayed on some fundamental level by those who are, in some way, ‘posers’ and presenting themselves in less than authentic and transparent ways. How these same people caught out doing this handle the shift in energies that reveals their true priorities to all is also going to be seen as the measure of their worthiness to be held as trustworthy or as worthy of leadership.

We’re tired of posers and liars. With the levels of information available so profound and prolific, who has time for the less than true? Who wants to spend precious, finite personal life-energy on more of this? I don’t, and I’m frankly uninspired by those that continue to waste my time with such postures.

I bless all of it, and I bless all who tread this Sacred path of life at this time. I’m not denying how challenging it truly is for all of us.

I’m not interested in blaming or shaming anyone concerned, or even in enjoying the fall of those who’ve chosen to play out what it looks like to embody these shifting energies by ignoring how important it is to be impeccable in intention and transparent in presentation.

I’m only interested in sharing what I perceive is unfolding in this Sacred now moment, and in commenting on what I see will continue to unfold for us all to perceive for ourselves.

As we go forth and decide where to put our attentions and life-energy, may we choose wisely. While compassion is the higher road to take, my question is, what is it that I have true compassion for?

Is it compassion for the choices anyone takes to take the low road, or the path of less than, while trying to pose as a person to look up to? Is my compassion up for grabs for those who choose image management above all else?

I’m longing for those who inspire me, and asking myself to serve as an inspiration to others as well. I’m looking for peers who are willing to pay the price of being in their highest integrity, whatever this may entail.

That’s right. I’m not looking for ways to be ok with less than, not from myself and not from others. I’m asking for more now.