Skip to content
Home/The Miraculous Everyday/Empath, Who is Feeling This?

Empath, Who is Feeling This? 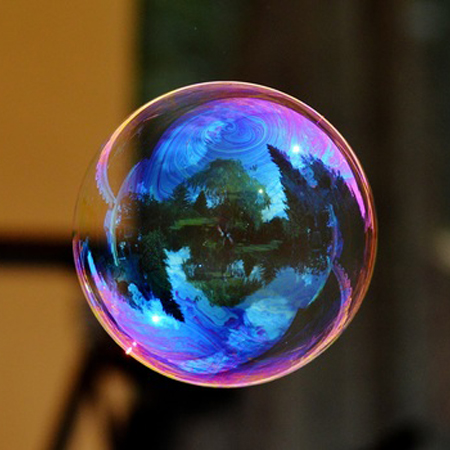 Are you an empath that is feeling the pain of people you care about, and often suffers from it? Most people are empaths in one way or the other, it’s part of our survival skill set. With expanding consciousness, our ability to sense what’s going on in the other grows.

But there’s a trap connected to it. Where does my feeling actually originate from? Is this what the other being is feeling, or is it my personal pain that I’m projecting onto the other?

A few days ago, I was blessed with the gift of being present when a tremendous healing shift happened in a friend. While she’s happy about not having money worries burden her every day anymore since her partner has a new job with higher benefits, at the same time, she felt sorrow for him because she would feel imprisoned by such a job.

When she went through a process of expressing, first anger, then hurt, and released the energies of these emotions, she realized that what she felt were her own feelings, not those of her partner.

Her partner doesn’t perceive the new job as a prison; although the job itself is not his ‘heart fulfillment’, it’s a means that allows him to do what he most desires for; providing for family.

With this release and realization came a break-through, and suddenly a huge burden fell from my friend’s chest and shoulders. She took the ‘prison’ projection back to herself, freed her partner from it, owned the feelings in her personal divine space, and was finally able to full-heartedly bless him and this new opportunity.

It was a blissful experience to share this moment of significant shift within her. She did it for me, too, and for all humans who’re in alignment with this process of owning their feelings; it made for a very happy day, and it vibrates on, I can still feel it rippling through the collective.

This situation reminded me of the many times when I interpreted another person’s feelings wrongly, because I would feel a certain way if I were in their shoes.

It also reminded me of how often I’d lived up to the projections of people that are close to my heart.

On my awakening and healing path, I found countless situations, especially from my childhood, when I took on the projections of beloveds and incorporated them as mine. They thought that I must be feeling or thinking in a specific way, and unconsciously I lived up to their expectations.

It even happened in my adult life. During the relationship with the father of my child, within two years only, I took on his projections that had built due to his pains in his former marriage. In the end, I’d changed in character so much that a long-term friend told me, ‘This is not you, I’ve never known you like this’, while my partner said, ‘You’re the same as my ex-wife’.

Strange, isn’t it, how easily we pick up from others? I hadn’t even been an unconscious sleeper back then, I was in my mid-thirties and had been meditating and lightworking for already 15 years.

When raising my son, I had some significant experiences that showed me how much and how easily we project our own pains and patterns onto others. These happenings were eye-openers, and they propelled me into consciously owning my hurts and mechanisms, in order to not burden the child with them. (Not that I always managed, sigh, but his pure mirror clearly shows me my blind spots, and offers opportunities to transmute them together with him.)

The first waking ‘test’ occurred when the kid was two months old. He happily and quietly lay on the sofa of our patio while Indian monsoons rained down onto the roof. A sudden thunder occured, right above us, and all adults startled. In her shock, our maid rushed forward to pull up the child, in order to protect him. I stopped her, ‘STOP! See, the child is perfectly happy, he doesn’t even flinch. Don’t put your shock onto him, it’s yours, not his.’

This situation sharpened my awareness towards how easily a child gets imprints from someone close to him. A single shocking moment can create a life-long trauma. If I hadn’t been aware – it’s easier to watch with others^^ –  and had allowed our maid to pick up the child and share her shock with him, I bet he’d be starteled with every thunder for the rest of his (unconscious) life, and create all sorts of strategies around avoiding the feelings he’d felt from her during these few seconds.

The first time I became conscious of heavily projecting onto the child myself was when he was about to turn age four. I dropped him to kindergarden, where he handed his birthday party invitation to one of two friends he wanted to invite. The friend rejected taking the invitation, he simply said ‘no’, without explanation or sorry.

Wow, this so much hurt me! My own childhood pains around feeling rejected rose up in me. I wanted to protect my son from such pains, and not being able to made me suffer for a moment.

While I started crying and wanted to console the child, his reaction woke me up. He seemed to be cool about it, he seemed to not hurt, also didn’t appear to me as suppressing anything. I asked him what this ‘no’ meant to him and his amazing response was ‘If he doesn’t want to come, he doesn’t come, that’s fine with me.’

I learned a lot from simply watching this, and allowing the child to feel what he feels, without forcing him to take on my emotions. 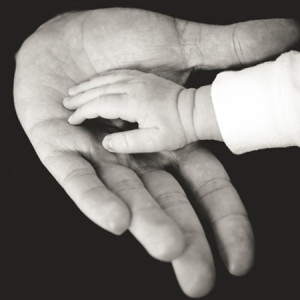 Half a year later, we were walking home from kindergarden, together with that friend and his mom, and another friend and father. The same boy who’d rejected receiving my kid’s birthday invitation, invited the other kid to his birthday party. He didn’t invite my son though, and I felt so left out, unappreciated and hurting for him, it almost broke my heart.

And again, when interviewing the kid on it, he didn’t feel what I felt, he was simply accepting and not bothering about not being invited; his sense of self-value didn’t change a bit by this experience, he was ok with it, and even afterwards stayed kindergarden friends with this boy.

These situations were precious wake-up slaps right in my face, and I’m tremendously grateful to them. They called out to me, ‘Take your projections back to yourself, it’s your pain that you feel, not the hurt of the other. Stop interpreting, simply observe and stay present’.

Keeping an Eye on our Projections

While everybody projects whatsoever onto others, the effect is especially strong with natural empaths. An empath is not only a good receiver, we’re also a strong senders.

In my youth, I could bust a whole party simply by feeling unwell with people’s energies that resonated with my own patterns. Whenever they matched, i.e. people judging me on things I judged myself on, I used to identify so much with it that I strongly vibrated these energies out into the party, and made most sensitive people feel unwell. No wonder I wasn’t invited to many parties, heheh.

Being empathic beings calls us to clean our inner mirrors exceptionally well, so we become able to distinguish where our feelings originate from.

Similar to often processing thoughts and feelings that are not ours but have been picked up from others, we also use others as projection screens for our own personal unresolved emotions. In the case of family members and close friends we often meet, over time our projections tend to manipulate them into patterns that are not theirs.

Becoming aware of this mechanism is the first step to leaving that game. Everybody has a right to process their own emotions and own them; we’re neither being called to take them away from our beloveds, nor do we have a permission to project our thoughts and emotions onto others, in order for them to resolve them.

It happens, yes, and it’s healthy to not judge ourselves for it, but simply take the feelings back home to us the moment we become aware of them, and love ourselves up.  From what I perceive, every time this happens, existence celebrates a magnificent party.