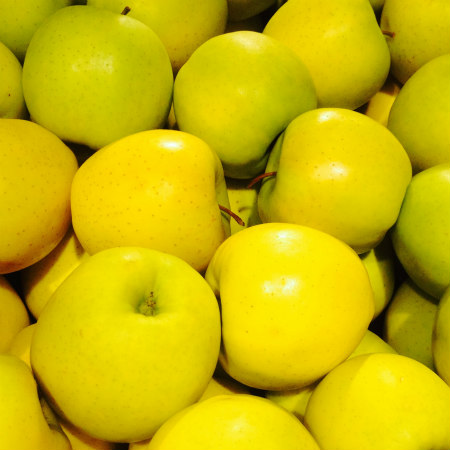 Lately, there has been a lot of talk about living in gratitude in the now moment.

This is a life changing concept, because we do not always focus our energy or perception in the now moment, and focusing on gratitude for all things coming into our now moment that support us and assist us to spiritually evolve, helps to keep us aware of where we are.

Gratitude seems such a little thing really. Thank you for what is occurring right now in my life. Thank you for what is being provided to me at this moment to support me and help me thrive. Something is focused on, in our perception, we give thanks for it and we are reminded that we are supported by the Universe.

Simple as pie. Easy peasy, lemon squeezy. On we go to the next now moment and then next, thanks giving.

But, did you realize that gratitude is eternal? Do you perceive of all the things that had to occur to bring your being to this now moment and intersect a thing, a person, an experience or a feeling with where you are on the physical plane?

For, we focus on the moment, and the thing or event, and we imagine it as a singular static occurrence, when it is far from that. Anything that occurs on this plane is an ancient occurrence that is actually eternal. For everything on this plane is energy, and energy is neither created nor destroyed. It simply comes into form, through form, and out of form, eternally recycled and recreated for use in the now moment.

What serves you in this moment, has served this Universe since its inception, and will continue to serve this Universe eternally. The forms may change, and linear time may roll on, but the energy will remain the same. Ever ready. To serve.

I live my life by a specific mantra, which is really a combination of beliefs that I have honed from my perception of what is so in this Universe. One part of this mantra is that I am a beloved child of the Universe, and so, I am supported in every moment, simply because I am beloved.

Let’s take a little focus trip to demonstrate the enormity of it.

Before me is a beautiful, ripe and fragrant apple. This apple is an organic yellowish-green Honeycrisp apple from Upstate New York. I am looking at it, as I shine it with a cotton cloth, after I have washed it in the water at my sink. It is indeed beautiful to behold.

I place it to my nose and I inhale the fragrance of its sweet nature. It is firm to the touch, and the skin is smooth, devoid of blemishes.

I place it to my lips and I take a bite. The skin yields with a snap and quickly my teeth take a bite of the flesh. I bite down and heavenly juice floods my mouth, as I chew and I swallow the sweet fruit.

Thank you for this sweet apple, I state to the Universe in this now moment. Seems so simple doesn’t it, but what am I really thankful for? What am I thanking? The apple seems singular, just like the now moment, right?

The enormity of what had to occur is much too complex for a single sharing, so we are going to cover an abbreviated version, but even that is complex and convoluted enough for us to get a firm picture of the enormity of the service this Universe is providing to each of us at any given now moment, and why gratitude is absolutely the overwhelming feeling when one focuses on this universal support.

Before you, or the apple could even be conceived, the Universe had to conceive of itself, and suns and planets and finally the Earth, our mother Gaia. It then had to conceive of earth and water and light and gravity, an atmosphere that would be conducive to biological life.

It had to conceive of an atmosphere where the exchange of gases would be sustainable, so it had to divide life into categories that would balance the carbon dioxide and oxygen exchange. It then had to create simple one-celled life in this atmosphere and see if it worked out.

Sometimes it did work out, and those life forms thrived. Sometimes they didn’t work out, and they became extinct. As things died out, the Universe had to figure out how to recycle them, break them down, reorganize them and rebirth them. It had to formulate all the factors that would allow energy to come into form, through form and out of form in the closed system of the Universe, but that is a story for another day.

Eventually, one seed appeared that became plant, and then many generations of plants lived and died before one became feral apple. Mountains were born and land was pelted by rain, dried by the sun, rended apart by earthquakes and ground down by glaciers.

Minerals were deposited within the soil, a compilation of dead organic matter, bacteria, insects and animals that created the nursery for the deep roots of that feral apple tree.

Along came a human, formulated out of a long line of biological processes and animal evolution to become a viable species, who loved that feral apple tree, and that human tended it year after year and decided that he wanted to create a sweeter apple, and so he or she, in their intelligent vision realized that they could apply the work of a Monk named Mendel, and they could create a different apple by genetic selection.

At the same time as the apple tree was having its genetics worked on, the genetics of your ancestors were mixing, and mixing again, and the pathway to the creation of you was already being set. Your ancient ancestors were breeding and birthing, and living and dying, and passing down the eternal biological component of humanity, within their genetic material.

So, your pathway was well underway to becoming you, when the Honeycrisp Apple came into singular being. The seed was planted into the fertile soil, and in the spring time, it burst forth from its casing and completely transformed, growing roots and a shoot, utilizing every support necessary, sun, moon, water, air, earth, bacteria, chlorophyll, chemistry, biology and many other factors, to become a seedling of an apple tree.

A tiny creature, flying through the air, from one flower to another, spread pollen from a stamen, onto a pistil, and plant sexual reproduction, the fortuitous fruition of countless millions of years of evolution, occurred. Your apple was finally born.

The sun shone on your apple. The weather patterns, influenced by a myriad of factors, brought rain to your apple, and if there was not enough rain, the farmer would employ his irrigation system which had been thought of, invented and manufactured by another genetic line cast back into ancient times.

With tender loving care, the apple grew fat, and sequestered carbohydrates and sugars, the end product of another ancient evolutionary path that miraculously allowed plants to create energy from sunlight, using the abilities of a cell invader called chlorophyll.

We won’t go into the many factors contributing to harvest, storage, transportation, refrigeration, commerce and manpower that brought your yellow apple to your purchase location. So, you can do that yourself and see the many further connections in time and space and motion that must be made for you to have that apple in your hand so you can take a bite.

As we follow all the possible paths of creation that finally lead to this now moment, of this apple and this mouth, we think we have it all covered, but of course, we are far from that. What about the trillions of cells that make up your body, the evolution of all the bodily systems, all the growth, all the past events that contributed to that body being that body at that time?

I could literally go ON and ON because it does go on and on, and this is why gratitude is eternal. I have been contemplating things and events in this fashion for quite a long time, and it only deepens my appreciation for this Universe and each miraculous moment we experience within it.

We say thank you in this now moment for the confluence of untold events that lead to this now moment and our support within it. The vastness of this is astounding, and it helps us to begin to understand just how much the Universe loves and supports us, because it brings to bear every single facet of its own creation in its service to us, because we are beloved.

So, in this now moment, have some of your own fun with the Universe and give thanks for its support. Then start to trace it backwards and tap into the confluence of events that led to this moment, and your heart and soul will feel the eternal nature of gratitude more deeply than ever before. Once you see and feel this, you can never unlearn it, and gratitude will indeed become your focus in every now moment, as it should be.

About the Author: Alex Clark

I have been blessed to be a part of the team that managed the online community forum that transformed into Gaia Scene. I have written extensively on new paradigm news, the natural world and the empowered human spiritual path here at Gaia Scenics' View and around the web. You can find more information on me by clicking on the Our Family page.