Gaia TV and the Hijack of our Planet’s Name 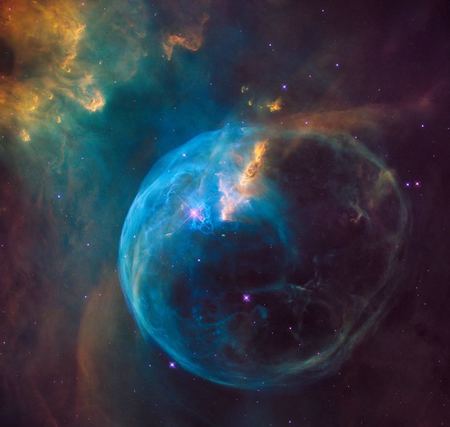 Gaia TV is NOT Gaia

You probably all know that one of the ancient names for our planet is Gaia.

You probably also know about the alternative broadcast channel that, a few years ago, renamed itself from Gaiam TV to Gaia TV.

Already back then, I received a glimpse of this name-change being a hijack of our Mother’s name. That’s not due to the fact that they carry Gaia in their name, we also do that; it’s due to people forgetting to say ‘TV’ when they talk about this channel.

Its most popular employee, David Wilcock, did and still does it all the time.  At times, it annoyed me so much that I stopped reading the article.  Also the people he closely works with, and others, often say things like ‘I went to Gaia’, ‘I leave Gaia’, or ‘The owners of Gaia’.  Brrrr…

Gaia has No Owner!

Over the years watching this, I each time received a jolt when I heard or read someone using our Mother’s name as a synonyme for this TV channel. I am an intuitive empath thus, I’m more attuned to the energy than to the logic of words that are used to describe things.

I love David Wilcock, Corey Goode, Emory Smith, and most of the other lightplayers; they do gorgeous work for our planet and are, as I perceive it, strongly opposed to Team Dark’s Luciferian agenda.

What I do not love is the unconscious way of speaking about their (former) employer as ‘Gaia’ instead of ‘Gaia TV’; and so do most people who report about and comment on what is happening at this TV channel right now.

I’m not going to talk about what’s up with Gaia TV, other than that I’ve never subscribed to the channel, never felt resonant, and felt nothing but resistance from the day they changed their name.

I hold the space for everything bubbling around this popular channel so it transmutes and turns into the awakening and liberation of people.  It has been my observation over the past years, whatever team dark does, in the end it turns out to serve the light.

May all the people connected to Gaia TV, some of them suffering right now, be healed from their experience and restored back into alignment with their Divine Plan and the Greater Good.

What does interest me is that people become conscious and stop hijacking Gaia’s name. It’s the name of our planet who is a sentient being.  SHE is NOT a TV channel. Period.

Each time people say things like ‘The owners of Gaia’, they hammer a distortion into Gaia’s field; to me, it feels like a rape.

Each time they say things like ‘I leave Gaia’, they utter their wish to leave this planet.  And hey, guys, please don’t leave, we need you here!

Folks, it already requires some conscious work to revert these commands to your subsconscious mind which you give whenever you forget to say or think ‘TV’.

The Chaos Group’s plan gets energized, each time people use the name of this planet for a broadcaster, no matter whether its work is aligned with our awakening or controlled opposition.

It’s like a magic spell that’s subconsciously casted; not out of free will choice and in opposition to our earth, but simply because habit and unawareness are are at the helm of talking.

For the Chaos Crew, Team Dark, it doesn’t matter whether we are FOR their atrocities or AGAINST; they harvest our emotional thoughts, and whatever we direct onto them or their ideas, if it isn’t LoveLoveLove, they can utilize it for the implementation of their plans.

This is about the Divine Feminine

A few years ago, ((they)) hijacked the name of another representative of the Divine Feminine, by coining a terror organization ISIS. In my country, Germany, we quickly changed that to ‘the so-called IS (Islamic State)’, but in the US, up to date, it’s still called ISIS.

GAIA is the next Goddess principle on ((their)) list to destroy. And heck are they doing well!

From my point of view, it’s high time that everybody becomes conscious here and changes their thinking and speaking. In your talking AND thinking, please disconnect Gaia from this TV channel, even more so if you have issues with how the channel works.

Even if the channel went down, some damage has already been done and their work is in motion. The name Gaia has become a matter of doubt; people state it is corrupted, people state they want to leave it, people take it as something that has changed from benevolent to malovent.

This has great influence on the relationship between people and planet.

Now it’s up to us people, and especially to those who work(ed) for Gaia TV, to repair and heal this distortion, end this subconscious rape of our planet, and shower her with LoveLight and high cosnciousness instead.

May all people connected to Gaia TV, employer, employees,  customers, easily and grasciously heal from all pain and confusion, within themselves, with Gaia, and with Gaia TV. And may our Mother Gaia shake off these distortions and all the others of many centuries, implanted into her multidimensional field on all levels, and release everything that harms her. And So It Is.