How I ‘Accidentially’ Learned Lucid Dreaming 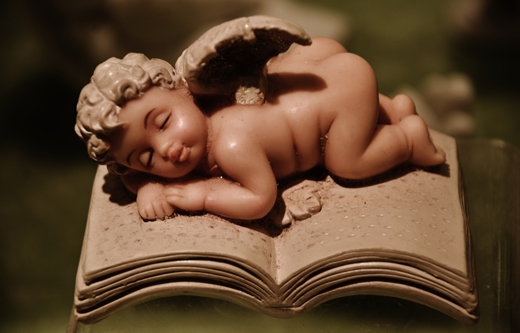 Dreaming used to be one big nightmare when I was a kid.

Night after night, I was being chased through the underworld. It was dark and heavy realms I was strolling around in.  Sooner or later, the hunt was on, something was after me and I ran.  I was in such terror that I hardly ever turned my head to actually see what was chasing me, so I rarely saw the monsters behind me.

When I was eight years old, something happened that today feels like my Higher Self ‘tricked’ me into learning lucid dreaming so I can stop being a victim at night and start becoming a master.

An idea came up strongly in me and got me obsessed: I wondered whether or not my body turns around in my sleep.

Now, for an adult, this may sound stupid, we all know that we turn around many times at night in our beds.  But for me, it was a burning question, and it didn’t even once cross my mind that I could simply ask an adult for an answer.  No, I wanted to find out myself.

It was Quite a Trip that Lasted for Almost Two Years^^

I used to toss around before falling asleep, so the first thing to become aware of was the moment when my system slowed down and neared sleep. When I felt it coming, I had to take my attention off of the blabber of my mind and focus on observing myself falling asleep.  That was the only chance to catch the last move, so I could remember the position I fell asleep in. It took me a year or so, trying every night, until I was able to be aware and remember.

Now that I was capable of consciously falling asleep, the next barrier appeared. When I woke up, I wasn’t focused on the position my body was in, I started tossing before I remembered checking on my task.

Another year went by until I would wake up consciously and finally had the answer to my question. Yes, our bodies turn around during sleep, and in the meantime, I was even able to notice many of these turns as they happened.

And my Dream Life Totally Changed

I was still being chased through the underworld. I was still not capable of facing the monsters hunting me, I was still running. But … I was aware that I was dreaming, and when things got too much, I simply woke up.

No more endless nightmares, the phase of the totally helpless victim was over.

Later then, with more training, I started altering my dreams. If it didn’t work out within the dream, I briefly woke up, recap’ed it, took a decision on which direction to go with it, and went back into sleep and dream again.

I stopped going to the underworld every night, found myself there only a few times per week which was quite a relaxation. When I was there, I trained escaping the monsters, not by simply running away from them, but by jumping and flying.

Learning How to Fly was an Interesting Journey 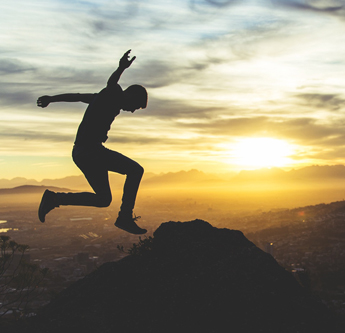 Back then, fear drove the desire to jump and fly, but it also hindered the flight. While running, I would take jumps and the closer the monsters came, the more powerful my jumps became.

Eventually, one of them lifted me into a realm above the critters where I didn’t sink down to the ground anymore, but flew or levitated to where they couldn’t reach me.

Thing was, the moment I tried to figure out how I’m actually doing this (in order to know it next time when I needed it), the fear coupled with linear thinking brought me to where I sank down and was on the run again.

It took me around ten years to master this ‘flying tool’, not perfectly, but well enough that I stopped being a meal for the monsters that feed on fear-based energies. Knowing how to lift myself out of their reach was enough to get me out of the fear loop.

For the next ten years, I served as a ‘flight instructor’ at night. I went into the underworld (without knowing back then that this was what I was doing), checked on people who got chased like I used to get chased, lifting them out of the dangerous situations and teaching them how to fly so they can help themselves.

During that time, I also started understanding that I was actually dreaming lucidly, which I had never heard of before. I didn’t know that most people, in their dreams, are not aware that they are dreaming.

Being Conscious During Sleep

Wow! I suddenly got it. This was exactly what I had been training as a kid. I realized that my question back then ‘tricked’ me into learning meditation and lucid dreaming, it taught me to be an observer and a conscious actor at the same time.

Over the decades of training, also my flight skills improved. It was around ten years ago that I didn’t need ‘danger’ anymore to become lighter and levitate, but instead, joy started being my motivator.

There were dreams when I was in energetically heavy situations and I would jump and somersault from sheer joy of moving and the desire to bring uplifting energies from the realms above the ground down to earth, back to the people I was with.

At that Time, I Started Understanding the Energetics

Down on the ground was the lower astral realms with all of the emotions, collective thought-forms, and archetypes that vibrate heaviness and fear. You could call it hell.

When I jumped high enough, I reached the medium and higher levels of the astral and went beyond this gravitational heaviness where I was able to levitate and fly. In the past, when I had gotten scared or fell in frequency because I wracked my mind on how I was actually doing it, I had become heavy so I sank towards the ground again.

After I started jumping from joy instead of fear, I never got pulled down again. Fear had lost its attraction and power over me. 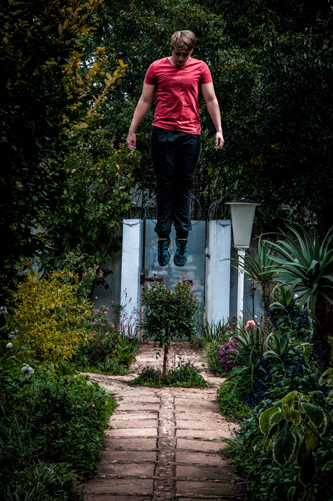 A few years ago, I received a message that many people on the awakening path habitually go to the underworld at night, in order to collect their soul fragments. I heard that this isn’t necessary anymore because all soul fragments are back with source and can be accessed via our divine connection.

I strongly resonated with this message, it perfectly mirrored what I had been doing since early childhood and what had become a habit that I could let go of now. Ever since, when I lay down at night, I call in two guardians of a 100% Universal Love Consciousness who prevent me from going to the underworld. Works well, they do a great job which gives me great nights.

Nowadays, I still fly in my dreams, but I don’t need to jump anymore, a thought is enough to lift me up and levitate wherever I want to go.

It’s certainly not the most efficient method to learn lucid dreaming, if that is your goal. You will find many methods online that teach you how to become aware during your dreams which won’t take years and decades to learn.

My method – observing myself while falling asleep and waking up which consequently also means, being aware throughout the sleep – did not only teach me lucid dreaming but also being a conscious observer and experiencer of my reality, day-in and night-out.  Consciously being present Here—Now.