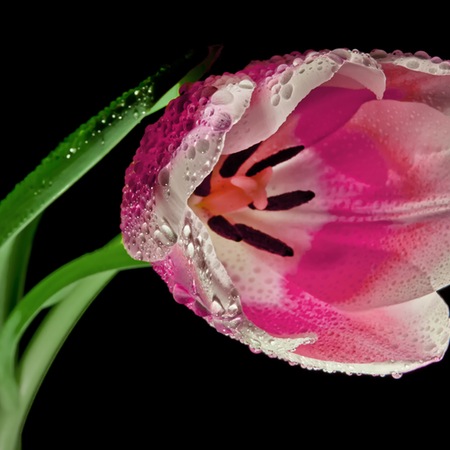 I believe in everyone’s prayers. I respect all philosophies and spiritual teachings and realize that our life stream and essence resonates differently. In my journey, I’ve come to the conclusion that all roads lead to the same place, the Oneness of Life and the Abundance of Love encompassed in All in the Heart of the One.

About a year ago a friend recommended a beautiful Prayer and Chant – Om Namaha Shivaya. (1) It was given to humanity by Mahavator Babaji. It’s intended to be used to release all desire and control, and place one in a state of being in the Now. It’s translated as, ‘I surrender to the Divine’ or ‘Thy Will Be Done.’ Truth, Simplicity, Love and Service.

When I was coming up in the awakening process in the 1970’s there was not the bounty of resources that are available today that speak to the western perspective. I found the Cayce teachings, Theosophy, writings by Paul Brunton, The Teachings of the Masters of the Far East and the writings of the eastern masters, Shankara, Ramakrishna, Ramana Maharshi and Paramanhansa Yogananda.

It was Yogananda’s Autobiography of a Yogi that resonated with me, and I read it multiple times. I found it to be a valuable overview of the integration of philosophies and understanding written with Love and non-judgement.

If you’ve read Yogananda’s book, you probably recall that he introduces Mahavator Babaji to the world.
It is said that Babaji has been embodied on the planet for thirty thousand years. That’s thirty thousand years. His mission is to hold the energy of Love and Light and Peace for one and all and to support the self-realization of all embodied souls.

And, isn’t it a miracle that this same Mission is being held by thousands of people today.

Babaji’s most recent embodiment in community was from 1970 to 1984. And, I had the honor and blessing of being in his presence in Bombay India in 1983.

I travelled to India with a group of 52 people as a part of what was called a World Prayer Mission to anchor Light in the Capital cities of the world. During the trip, we traveled to Sri Lanka, Katmandu Nepal and India, Delhi and Bombay. The group was broken up into small groups. Each group met in prayer for two hours, then five hours off and then two hours around the clock.

During our last evening in Bombay, we were at a dinner in a private room in our hotel. The room had a small stage, and immediately after dinner three people walked out on the stage. A musician, who would play a sitar, a beautiful young women with long dark hair wearing a beautiful bejeweled sari, and young man who looked to be about 30 years age.

The man had a full face and shoulder length wavy dark hair. He was dressed in a beautiful emerald green jacket and flowing pants. The young man and the women sang and danced to the sitar music. When they were through, the young man spoke a blessing in English and thanked our group for the mission and for being in India.

When I saw the three people enter the room, I thought for a second that the young man was Babaji. But, I dismissed it immediately because I thought, “I could never be in the presence of someone like Babaji.”

However the leader of our group, who was sitting across the table from me asked, “What do you think?” I answered in one word, “Androgynous”. You see, instead of saying the name Babaji, I commented on his physical appearance as if I was saying, it’s Babaji and he looks androgynous.

It was several years before I was open to the realization that it was indeed Babaji singing and dancing in a hotel in Bombay, India. It was only then that I began to fully realize the significance of the meeting and blessing.

When my friend recommended this website last year and I heard the beautiful recordings of the chant, and saw the photos of Babaji, I was immediately drawn to explore the site, read the stories about Babaji and join in the community for their bi-monthly meditations for healing and peace. (2)

It didn’t take long for the Om Namaha Shivaya chant to integrate within me. Now, it’s always present within me playing like background music. If I’m driving the car, walking down the grocery aisle, cooking dinner or meeting with friends, I only have to be silent for a second to hear the chant.

This is a gift to me, a demonstration of the work that many are doing right now to anchor and integrate the fifth-dimensional energy and accept the gift of remembering for everyone simultaneously.

In the past year, I’ve moved through a huge transition of trust. We’ve moved our home, and released and blessed our past on multiple dimensions. Thus, more layers began to unfold that gave me the courage to say yes to a next step of trusting the guidance that I was receiving as coming from inner aspects and dimensions of awareness, beyond the illusion of separation and fear.

I credit the Om Namaha Shiviya chant as the vehicle or tool for this further movement and expansion.

Trust within has taken on multiple meanings for me. It requires a stepping out, as well as stepping further within.

I’ve never had a ‘guru’ of sorts. Rather I’ve viewed the many teachers that have come into my life as gifts of Love and support and blessing. There is gentleness that I feel when I join the Babaji community in their bi-monthly worldwide healing prayer for Peace. It fits me. It’s familiar. I embrace it and look forward to it.

(1) The meaning of Om Namaha Shivaya

“The meaning of the chant is relatively simple:

Om- Before there was a universe, there was a vibrationless void of pure existence. Out of this void came the vibration which started the universe, which is known as Om.

“Namah- This literally translate to bow.

“Shivaya- This, of course, Shiva; but more than that, it means the inner self.
When understood fully (and according to Shaivism), it means ‘I bow to the inner Self’.”

(2) Online Ashram offers stories written by people who have met Babaji and the practice of Truth, Simplicity, Love and Service, www.babaji.net.

About the Author: Lorraine M

Hello and Welcome! I'm an editor, and I'm a space holder on the Gaia Scene Forum and a Moderator for the Nova Earth Community Forum. I'm here to re-member, integrate and share my experience of truth, simplicity, and love. You can find more information on me by clicking on the Our Family page.