Skip to content
Home/The Miraculous Everyday/Solaris Modalis – An Interesting Story: Changing the Sorts of UFOs (and ETs) That Can Interact With Humanity

Solaris Modalis – An Interesting Story: Changing the Sorts of UFOs (and ETs) That Can Interact With Humanity 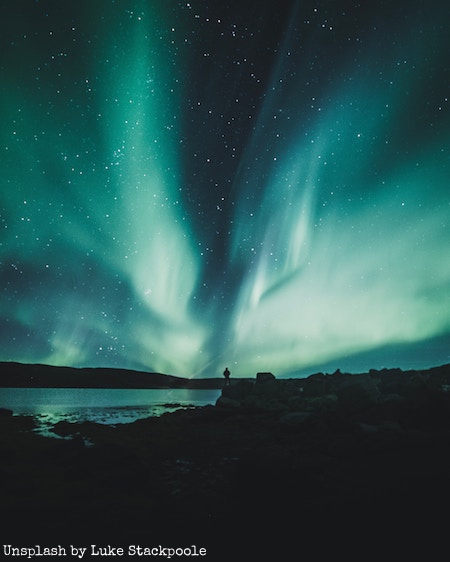 What if certain kinds of UFO craft can only enter our atmosphere under specific conditions?

I recently took a photograph of an unusual looking UFO / cloaked ship form. The day I took it, the weather and everything about the day(s) before and after were unusual in a ‘heavy’ way. The winds were blowing in the ‘wrong’ direction, the temperature was much colder than normal, and the energy of the day felt heavy and ‘off’ or strange.

This caused me to wonder: What if certain kinds of UFO craft can only enter our atmosphere under specific conditions?

What if certain UFO craft require a particular frequency range being present in the atmosphere? What if that is how I came to photograph an odd shaped form in the sky – a potential craft – during odd planetary surface conditions of weather and of energetic feel.

For reference if you’d like to review the articles on this craft and see the photographs you can check out this article, Cloaked Ship Plus Perfect Triangle and this one, Solaris Modalis Commentary: Thoughts on UFO Design.

Here is the key photograph from these two articles: 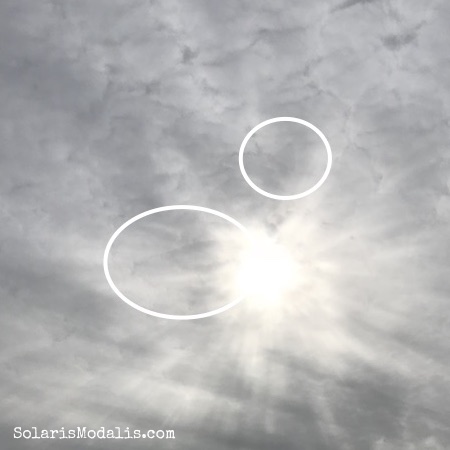 Perhaps Not All UFOs Are the Same: Some Are From Different Dimensions Than Others

In today’s interesting story, let’s say that the craft shape that I saw that was an unusual shape (in the lower, larger circle in this photograph), was of a different dimensional nature than the lightships that I photograph, which are fifth dimensional and higher frequencies.

There is also a triangle UFO in this photograph (in the upper, smaller circle in this photograph). I feel that this is a surface human vessel, potentially of the ‘Secret Space Program’. This would be advanced technology that some human beings have that is elite and highly secret.

For this article, we are going to focus on the unusual shaped form, a potential cloaked UFO. I drew a possible hand drawing of what this UFO might look like: 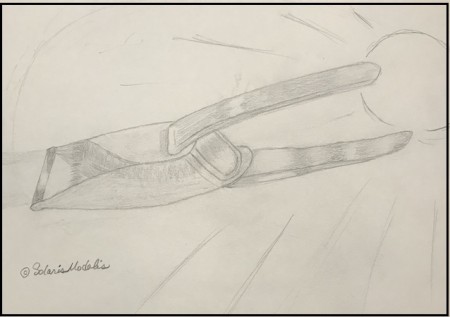 So, in the interesting story we are creating, there is an unusual craft in the sky that is fourth dimensional, meaning, it is not a lightship. Here is a quote about fourth dimensional craft and beings from the article:

How would a metal ship then be fourth dimensional?  Perhaps certain cloaking frequencies could facilitate this, making them lighter and invisible to us.  And, their sense of time, relative to our perception, is slightly altered because their ability to fly at great speed creates a fourth dimensional frequency.

If this design is, say, a fourth dimensional ship with a cloak, then perhaps it operates under different conditions than lightships. Perhaps it needs specific conditions to operate in our atmosphere, and perhaps those conditions were met the day I took this photograph.

What this implies is that under fifth dimensional and higher frequencies and conditions, that this ship would be unable to enter or to be present in our atmosphere.

From the article comparing metal ships and lightships, here is a quote about what it means to have technology that is fifth dimensional, and to be a fifth dimensional being (or higher frequency):

Lightships are 5th dimensional (and higher)

When we look up and see clouds shaped like ships, or we see lenticular clouds that represent a kind of ship, these are lightships.  They are not third or even fourth dimensional.  How, then, can they be made of clouds, or water vapor? 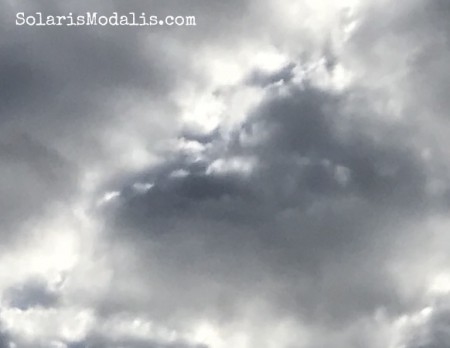 My sense is that lightships are for our benefit.

It’s the way that they can show us who they are, and that they are here.

And, it’s a way of cloaking or hiding their effects on atmospheric conditions that we might notice, because, in my view, higher frequency ships and energies cause rippling and other effects on actual clouds and cloud banks.

Because, the higher dimensional frequencies of the fifth dimension and higher, are, simply, mostly invisible to us.  You typically require one of the “clairs” to experience these dimensions – clairvoyance, clairsentience, etc. 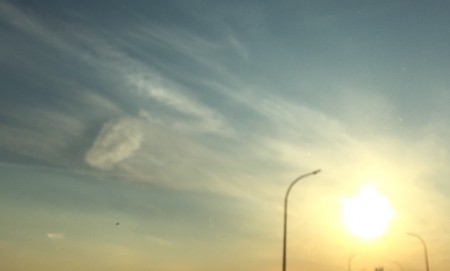 And so, we could imagine that visitors from this realm would be what we might describe as more spiritual beings.  Meaning, that they have moved away from duality and polarity, and live in peace with each other in accordance with divine principles in the highest good of all.

For example, if the consciousness of humanity raised to a state of peace, brotherly love, compassion, understanding for each other, acceptance of our uniqueness and diversity, and so on, these would be fifth dimensional frequencies. Then hypothetically, we would generate a frequency environment that would be fifth dimensional and higher frequencies. And this would hypothetically create a situation of a slightly different physics around the Earth. 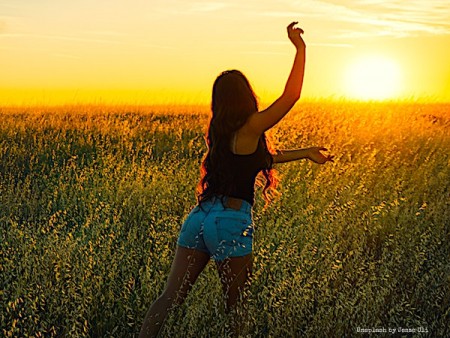 These states of being – peace, love and so on, are high frequency conditions that emulate fifth dimensional and higher frequencies in my view. And I believe that these would likely effect the Schumann Resonance in a way that expanded it’s ranges greatly. The Schumann Resonance are frequency bands present and measured between the surface of the Earth up through the atmosphere.

Yes, I am saying that I feel that human consciousness effects the Schumann Resonance. I have only anecdotal proof for this, as I have been tracking the resonances for the past 18 months and observing their effects on me and correlating broader happenings with spiking in their ranges.

In our interesting story, those who favor an energetically heavier fourth dimensional craft would be better suited to operate in human surface conditions that depressed consciousness, such as environments of war and the range of human trauma. This would lower the general consciousness of the human population, and the energies of consciousness that I believe we emit as a population.

Thus, extraterrestrials or humans who create and operate craft based on appropriated 4D extraterrestrial technology, would need to foster and create lower frequency conditions for their craft to operate, such as a forever war, forever trauma upon the human population, forever intergenerational family abuse, forever human addictions… does this sound familiar?

Hope in the Darkness; Light Dawning For Humanity

What is interesting, is that despite what is shown in mainstream media, our planet has become significantly and substantially more peaceful since World War II. 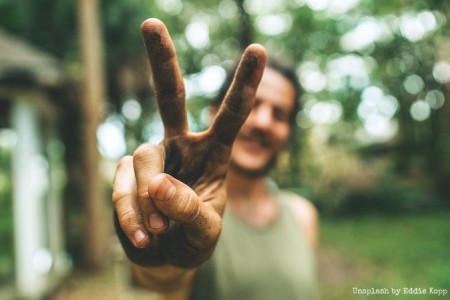 If you wish to learn more about these trends, I highly recommend looking at the work by Harvard psychologist Steven Pinker. A video of his talk and review of his quotes are in this article on the PRI.org (Public Radio International) website: The World is Actually Becoming More Peaceful, Believe it or Not.  In addition his updated research is at his website, here: Steven Pinker Research.

In the article, PRI’s Christopher Woolf interviewed the professor, who presented his statistics on significantly decreased violence on Earth:

Pinker points out that during World War II, the human population lost 300 of every 100,000 people each year. During the Korean War it was in the 20s, before dropping into the teens during the Vietnam era. In the 1980s and 1990s, it fell into the single digits. For most of the 21st century it’s been below one war death per 100,000 people per year.

The Conclusion of Our Interesting Story: The Departure of Negative Extraterrestrials and Influences From Earth

To round off our interesting story, what if the consciousness of humanity and the Earth are increasing to such a state that certain fourth dimensional ET (extraterrestrial) craft cannot operate? Or perhaps these craft are or have become otherwise prohibited from entering our atmosphere?

Then, maybe they would need a window when the conditions were just right to come in, do some activities or pick up those they left behind, and move on to greener pastures. Or darker pastures, lol, if you want to look at it that way.

And here is an interesting question: If this is the case, and if this ‘Secret Space Program’ technology in general is also built on similar appropriated extraterrestrial fourth dimensional technology from UFO saucers, then would this phenomena of the implications of a dimensional shift, apply to their vessels as well? If so, then we are potentially looking at a situation where this group or groups would need to upgrade their technology, also, to remain active on this planet.

An interesting story, or history in the making?

If you love my work and wish to be an integral part of the Solaris Modalis mission, please

© 2018 Solaris Modalis. All Rights Reserved.  Permission is given to share this article on other blogs and websites as long as the text is posted in its entirety without alteration and with the accompanying photos, and with the author’s credit, copyright and live website links included in the article. All photographs and videos created by Solaris Modalis are not retouched or manipulated:  color edits to images are specifically indicated if presented.  Check out the blog and more photographs at SolarisModalis.com.