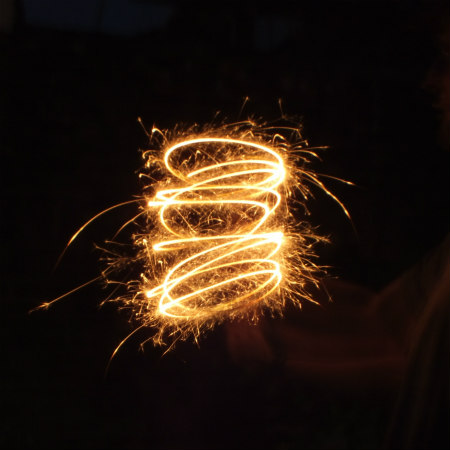 I am deeply honored that my friend, Aileen Kader, has consented to share the following article on manipulating energy with us here at Gaia Scenics’ View, as I feel it is one of the most concise expressions of how humans create in this realm.

While we each may use different definitions and focus, we are all playing with energy in the plane of incarnation, and we can do it consciously and masterfully, if we so choose.

Aileen describes herself as a fellow traveler devoted to inspiring others by reminding them of their innate power and by helping them heal themselves. She does this by teaching them how to manipulate their own energy and to synchronize their subconscious beliefs with their consciously desired life. Here’s what she has to say. – Alex

The Power of Manipulating Energy

I’ve been very disconcerted to observe that many who consider themselves (and are considered by others) to be spiritually/energetically evolved interpreting objective information as something to be feared. And, intensifying energies seem to really fan the flames of such fear. If we accept that the more spiritually/energetically evolved we are, the more we become entities of unconditional LOVE, how can entities of Love even entertain Fear, let alone accommodate and promote it?

I believe one of the first steps toward spiritual/energetic evolution is the acceptance that we have a choice of how we interpret every single ‘objective fact’ of life. How we interpret depends on our perceptions, which, in turn, depend on our beliefs – primarily our subconscious beliefs with which we were programmed during the first 7 years of our life.

Thus, if we’re programmed that we’re at the mercy of seen and unseen forces which are out to destroy us (that the world is a dangerous, unpredictable place), then indeed we’ll interpret every event as a threat to our lives. If, however, we’re programmed that everything that happens is designed for our spiritual/energetic evolution, then we’ll interpret every event as an opportunity to attain greater spiritual mastery and freedom.

As conscious human beings, we differ from the rest of life by having the privilege and the power to always choose what we believe, thus, how we perceive and interpret everything in life. In other words, we do, indeed, create our own reality based upon our beliefs about that reality. This is the basis of the placebo effect and of luck. We create our own placebo effects and luck based upon our beliefs, which determine our perceptions and interpretations of the external world.

In order to understand how this is true, we need to understand that at its very essence, EVERYTHING is ENERGY. Everything –from our thoughts and emotions, to our bodies, to the air that we breathe and ground upon which we walk; all the planets, stars and galaxies… everything – is energy and is governed by the laws of energy.

We humans are unique in that we possess consciousness, thus the innate power to manipulate energy – ALL energy. The only problem is that we have been programmed to believe otherwise. To varying degrees, we’ve been programmed to believe we’re powerless and at the mercy of seen and unseen forces beyond our control. The truth is that we are powerful beyond measure! And, we are just now beginning to learn just how powerful we can be and ways to become so.

Venturing into the world of energy manipulation, I believe it’s very helpful to start by learning some basic rules of energy. One is that energy flows where attention goes. Practically speaking, this means that whatever thoughts and emotions we entertain the most are those which have the greatest probability of manifesting in our life.

If we focus on wishing for that which we WANT, we will attract more of the condition of wishing and wanting. Thus, that which we want will continue being absent from our life. Why? Because focusing on wanting necessitates a continued accompanying focus on the fact that we don’t have what we want. So, we’re energizing and strengthening its absence from our life.

By the same token, focusing our thoughts and emotions on something we don’t like (e.g. current state of world political, economic, environmental, etc. affairs) by devoting ourselves to a myriad of resistance movements will simply energize and strengthen those conditions. That’s how and why what we resist, persists.

A far more effective way to change those conditions is to perceive how those conditions are paving the way to the type of world that we envision and focus on how they’re evidence of ongoing manifestation of Heaven on Earth.

With that foundation we can then focus our entire energy on that manifestation by envisioning and creating alternative political, economic, environmental (etc.) conditions to which other like-minded and like-hearted folks will be attracted.

This will successfully render obsolete that which was once undesirable. Once obsolete, those conditions will perish of their own accord, for they will have been deprived of life-force energy needed to keep going.

A second fundamental law of energy is that of harmonic resonance. Vibrationally, like attracts like. Thus, we attract all of that which matches the vibrational frequency of our mental and emotional states of being.

Human brain waves and electrical activity can be measured with an electroencephalogram (EEG) to which are attached wires and flat metal disks (electrodes) to the scalp of the person being studied. Nowadays, those electric currents can also be read by a magnetoencephalogram (MEG) in the magnetic ‘field’ outside of our body. In other words, we are a broadcasting station of our thoughts.

We also broadcast our emotional states, though we broadcast them MUCH farther. Researchers at the HeartMath Institute (among others) have discovered that not only does the heart have a brain of its own, it generates an electromagnetic field that’s at least 60 times greater in amplitude than that of our brain.

The primary functional difference between the heart and the brain is that the heart reads energy. The brain calculates and informs the heart by perceiving and interpreting environmental stimuli based on subconscious beliefs, creating emotional signals broadcast by the heart.

What does all this mean in our everyday lives?

Let us suppose there are ten people in our field of influence – nine with a positive state of mind for whom life is fulfilling and rewarding in every way, and one with a negative state of mind for whom life is a losing struggle. Given that like attracts like and that our belief-generated emotions are broadcast far beyond our physical bodies, if we send out a negative broadcast, who is going to pick it up?

Not the nine positive people, simply because they aren’t tuned to that frequency. The one who will pick it up will be the one negative person who will be activated, hone into our broadcast, and show up at our doorstep.

The same principle applies to all of life’s circumstances. We attract to ourselves those life circumstances which most closely resonate with our own mental/emotional/physical/Spiritual energetic broadcast. Thus our life becomes a printout of our subconscious beliefs.

Want to change the printout? Change the originating beliefs. Beliefs and their subsequent perceptions, thoughts, interpretations and emotions are ours to choose and to cultivate.

Video Discussion on Energy and Attraction