Skip to content
Home/Stream of Consciousness/Tomos: Time to Give Love a Try

Tomos: Time to Give Love a Try 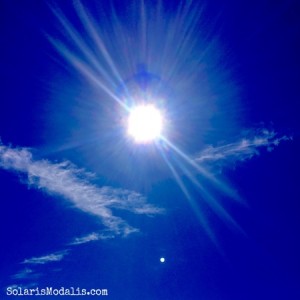 A Growing Conversation on Expanding Our Ability to Love

This article grew out of a discussion on the Gaia Scene Forum about a recent report by Benjamin Fulford. It is written by Tomos, a beloved Gaia Scene Forum member.  Tomos responded to forum member Dawn, in a beautiful explanation of how we might take another look at how we think about the ‘bad guys’ acting out, in our world.  – Susan

From member Dawn (commenting on the Fulford article): I am surprised there are any Kazarian bad guys left to fight.

Tomos: Time to Give Love a Try

‘Bad guys’ and ‘fight’; two old world expressions and conditioned behaviors that will not have energy to support them in our ‘new age’.

Neither of which is reality and for that reason will do nothing but serve those whom have a need to awaken certain things within them.

Oh yes, they are very real while incarnate, and when we leave this physical they become unreal just like that. Real and not real, so just what does that even mean you may ask, Dawn, my dear Sister from Aussieland.

It’s the illusion of illusions, of course, real and unreal at the same moment.

Could you imagine the logistics of putting together a show with a cast of billions? Wow, yes, I’m in awe of that let alone, being a cast member and all!!!

You see, from my perception of what moves through me, I have come to realize that before we used to leave our physical bodies (one reality) and walk off this stage to another (reality of truth) and only then review our roles for that particular scene.

With this Ascension, Love revolution, Age of Aquarius, whatever one wishes to call it, we are doing this simultaneously.

This new era is where the multiple realities – plays – scenes – Souls intermingle and move simultaneously instead of ‘now you’re here and then you’re not’.

In the highest truth, something we could never see while role playing before (but can now), there are no bad guys, and fighting is not even heard of because we’re living with a higher truth. We are all one and there is and never was evil or a central powered source for anything negative or evil.

Do horrible things happen and do some Souls behave poorly? Sure. That never has and never will mean we are separate from them or better in any way shape or form? We are just more evolved on our path.

Kind of like how second grade children would appear to college students going to the same school at the same time.

Second grade children are not evil, but they are less evolved and tend to show that fairly well these ‘days’, and it is not for me to look down upon them but to offer love so that they too may have a chance to evolve into the beautiful beings of light they have always been.

So, perhaps the next time you see a second grader, politician, cabal member, rapist, murderer, you too will remember first and foremost that they are evolving and need love, not hate, not degrading, not negative reinforcement of any kind, but love in it’s endless forms.

Negative reinforcement has been tried for eons and has absolutely never worked, perhaps it’s time to give Love a try.