The Unpredictable Human by Gold 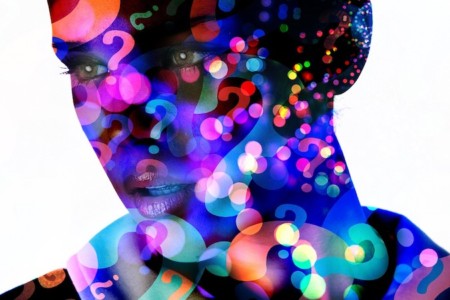 Why is humanity on Earth so important in this ascension’s process? That is a question I have been asking myself.

So what is the purpose this time around, one can ask? I think it is the outcome. I honestly believe it will be more fantastic than anyone could ever imagine. I think it will be more surprising, and more amazing than expected. And, I think this is due to that fact that the humans on Earth are involved.

There are so much talk about being heart-centered, being compassionate, radiating love. We have all heard that these things are vital. I do not say that they are not vital, but I would like to say that in my opinion they are not the only key components of this special ascension process.

One key component that is not spoken very much about is the unpredictable human. This is one of the main reasons why you can ask ten very reliable sources and get ten different answer to the question. What happens next? And, all of the answers holds an amount of truth, but there is not any of them that can guarantee that they are more than 80% correct.

It is due to this factor, any answer about what comes next can only show the highest possibilities, and of course, also the least expected outcome. This does not mean one should stop asking. In my opinion, every answer I get broadens my own awareness of what kind of outcome I personally aim for.

I know that some people reading this will think, but why not just ask your higher self, then you will get the correct answer. I do not fully agree with that statement. I think that a higher self can give a very high possibility for what outcome the entity asking will experience, but not an exact picture of it. Because, as I see it, our higher selves do not know either.

The reason for this – as I see – it is that not only do we (to some extent) have a free will, but we also have a very complex set up of genetics, and this set up has resulted in an unexpected ‘bi-product’ called unpredictability. One has to take into account that humans on Earth are not a homogeneous group. We do have different set ups of genes. This means that we are reacting in different ways to the same stimulus.

Well this is no news, some of you might think. I agree that it for many is a well known fact that the human species on Earth is mixed with different set ups of other races. What I am aiming at here is that very few have thought about what that really means when it comes to predictability. We are not the only ones in this Universe that categorize things and think in the terms like; Earth humans has ‘these’ traits, Sirians are like ‘this’ and Arcturians are like ‘that’.

So, what advantage does this unpredictability give us as humans on Earth? Let me say that as well as having the potential to be in our favor, it also has had the potential of not being in our favor. Even when labeling experiences as more or less favorable, let us not forget that we each and every one of us, on all levels, are fully responsible for what we create.

How many of you have asked yourself, Why? I have asked myself that question, and my personal conclusion is that this happened because no one in this Universe understood how unpredictable humans should become, and the more mixing of races that occurred the more wonderful characteristics Earth humans got. But, together with that, we also got more diverse as a group, because we did not all get the same genetic set up, and that also made us much more unpredictable as a collective.

This means that it is not easy for anyone in this creation to know how the collective mind of humanity on Earth will decide for things to play out. This means that as well as we can allow for very deep an unexpected diversity and separation, we can also allow for very unexpected forms of unity. How this plays out no one, not even we as a species, knows the result of. What we do know at this point in creation is that humanity on Earth has taken the decision to move towards unity, but how is yet to be seen.

Now, many of you will think, ‘Hey, there, wait a minute! We are not just a body with a mind inside, we are eternal expressions of creation expressing ourselves in form’. I fully agree with that statement. But, what perhaps many are missing out here is that when we, as eternal parts/spirits/flames of creation, are choosing to express ourselves in some sort of embodiment, we are both united as one and separated simultaneously. As the One we are homogeneous, but as separate parts we are not.

This is a tricky concept for the brain and mind to fully grasp, and thus, most humans think in the context of oneness and unity as one thing, and separation through embodiment as another thing. In fact, they are existing simultaneously. It is like breathing, you can not only breathe in or only breathe out, you have to do both. If I may I would like to recommend The Council – Now You See It. Now You Don’t  by Ron Head, which also speaks about this concept, but from another viewpoint.

So, in my opinion what this mean is that it is the embodied part of us that will be the prime creator of what is going to be experienced on Earth (within the frames of the amount of free will we have in this expression). Other aspects of us, like our higher selves can absolutely contribute, and do so all the time, but the final decision of how the collective mind of Earth humans is moving is taken by the part of us embodied here on Earth.