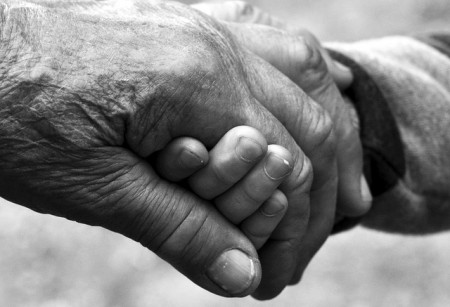 I have come to believe that those of us who want it are being protected in many ways. I would also include that many people who have never given it a thought are also being protected. What kind of protection am I talking about?

I can speak from experience on this and I will share one very significant story to illustrate how incredible this protection can be.

What Protection has meant for me

When I was in my mid teens, I was involved in a major automobile accident which normally would have caused death or major injury, and I was able to walk away without so much as a scratch. For years, I never thought about the event, but I was later told by my celestial guidance that five angels were required to keep the five of us in the car safe. Now, it makes sense to me.

An Event when I was protected from serious Injury

Here is what happened. I was a passenger in a car with four other people. The car was a Hudson Hornet, a car known for speed in those times. It was driven by a friend I will call Bob.

Bob, being a teenager, was an aggressive driver. And, at that age, most teenagers feel like they are “bullet proof and invincible” to quote a friend of mine. Bob apparently had no sense of vulnerability.

He was driving on the freeway just north of San Diego, California at a speed of 90 to 100 mph and weaving through traffic. We kept telling Bob to slow down, but he ignored us.

Bob was driving in the freeway’s center lane when another car up ahead pulled out in front of us from the right lane to pass a slower car. The car that pulled in front of us was only driving at about 50 mph, while we were traveling at about 95 mph.

To avoid a collision, Bob immediately hit the brakes which caused the Hudson to spin out of control, go over the edge of the road and tumble down a ridge. We tumbled over two or three times before coming to a stop in an upright condition. The Hudson was now several inches lower.

How I was protected

I can vividly remember sitting in the back seat and seeing the roof of the car “crunching” down each time it hit the ground as it bounced.

Now, here is the thing I didn’t understand until years later. I was held firmly in my seat while the car was crashing down the ledge. In those days cars were not equipped with seat belts to hold us firmly seated.

In a normal situation like this, I would have hit the car’s roof when it hit the ground and very likely broken my neck or worse. That did not happen! I remained firmly held in my seat the whole time, until the car stopped moving.

What I was told happened

Many years later AA Metatron told me that it took five angels to hold the five of us in our seats and to protect us. Not one of us had the slightest scratch in spite of the smashed-in car roof and all the broken glass.

Today, when I think back on this accident, I am still in awe at the protection we received.

What help is available to us?

Since then there have been other times when I’ve been helped, although in less dramatic ways. We have all been told many times that the angels are there to serve, help and to protect us, but an event like this really proves the point to me.

As I write this, I wonder how many of you might have similar stories to share? Maybe you were helped, but didn’t know it at the time.

And there is the issue of how many times we might have been nudged to do something a bit differently which subsequently avoided a problem. Something like that which could have even saved our life may remain forever unknown, since the resultant event never occurred.

I believe these things happen all the time, especially when driving. I know there have been times when I’ve been “nudged” to turn here instead of there, or something like that. I’ll bet that you have been, too.

Why I now give Thanks

So, I now try to stop now and then and to give thanks for any unknown help I’ve received. I strongly suspect that the help we often get is far more than we can ever know.

And it can take many forms. Protecting us from injury is only one form of protection available to us. How about those ideas which pop into our heads to go or not go somewhere or to do something? While we will always have free will, my experience is that guidance often does that – offer guidance. Then, what I do is up to me. But I’m getting better at listening to my guidance. And I’ve found that it also helps to ask for suggested ideas.