Why are American Men Circumcised? 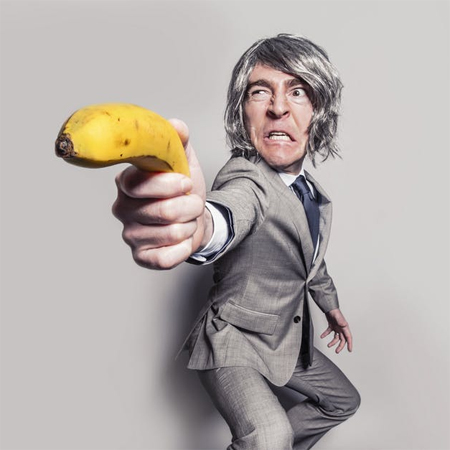 Have you ever wondered why 80% of US American men are circumcised?

If you’re born in America, I guess you’ve probably not asked yourself why a Christian nation performs this Jewish and Muslim practice on their boys, and haven’t pondered its effects on men. Maybe it takes an outsider, a non-American like me, to ask these questions.

A few months ago, in a meeting with one of my American sisters of the heart, we talked about the wounds in female and male sexuality. I stated that the male wound is basically psychological, while the female, as a collective, has experienced so much physical abuse that the wound is deeply embedded in the cell memory.

She corrected me, by mentioning the fact that most American males are circumcised and indeed carry a physical wound in their sexuality.

Heh? Really? I didn’t know that; it sounded completely absurd to me, and it took me a while to find explanations for this absurdity.

Circumcision belongs to desert cultures that don’t have enough water to keep themselves clean. It’s no surprise to me that these cultures implemented this necessity into their religion, similar to not eating pork which quickly spoils in a hot climate. Thousands of years back, these traditions made sense, and they still do nowadays, for folks that really live in the desert and have to follow simple rules to stay healthy.

But why on earth did a Christian nation implement this ritual so deeply into their culture that nobody even questions it? In Europe, no man is circumcised who’s not Jewish or Muslim, or didn’t suffer from a phimosis. Staying clean is no problem when water is available; against the prejudices I heard from many American women, circumcised men are not cleaner than those with foreskin who wash themselves regularly.

I’ve deeply pondered this topic for the past few months. Being a female, I have no first-hand knowledge about how it feels different with or without foreskin. I had circumcised lovers and know about slight differences in the love play. The rest of my knowledge is hear-say and intuition, and now is the time to put some of my thoughts out into the public.

What is a Foreskin good for?

First of all, if a foreskin was useless, males wouldn’t have one. Right? Nature doesn’t produce useless body traits; the simple fact that an organ is present in all males is proof that it serves a purpose. If the Divine creates it, who are we to cut it off?

The foreskin protects the highly sensitive glans. It’s like a pocket the glans withdraws into when the penis is not needed. With most animals, we can observe that their penis is deeply withdrawn into a skin pocket and only shows up with sexual arousal.

For a human, in case there is no foreskin that serves as a safe haven for the glans to withdraw into in daily life, it’s permanently ‘out in the open’; in a way it’s always alert and present. A friend described it as ‘having an open knife in his pants’ which focuses a huge portion of his consciousness on his manhood. 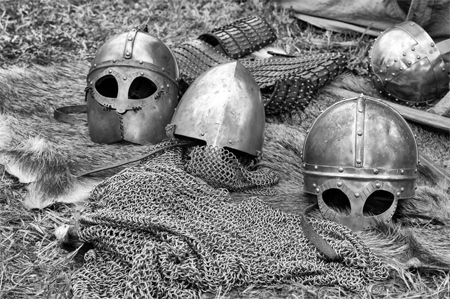 What also happens, from what I’ve been told, is that the always present irritation of the glans make men more aggressive; their energies get aroused without the possibility to find a healthy outlet and easily turn into frustration and anger.

What better army can a nation have than men who’re quickly turned on and ready to fight?

When searching for an explanation on American circumcision practice, this thought jumped right into my face. With a shadow government that’s mainly Jewish (so we’ve been told), this makes a pretty neat package for comprehension.

At the age most boys get circumcised, they’re mostly still infants (I learned that in Jewish tradition, it’s at 10 days when the foreskin is still firmly glued to the glans so it has to be ripped off of it, without sedation), still deeply connected in oneness with the mother. Separation via the formation of an ego that identifies itself as ‘I’ and others as ‘you’ happens around the age of 1 year.

Before separation, the mother is an aspect of the child’s consciousness that protects and nourishes him. What happens psychologically in both mother and child when patriarchy cuts his ‘female’ protective foreskin? What happens with the child’s trust in life which his mother is the representative of? His trust towards women? His relationship to his body? What happens to a mother who was conditioned to permit this ritual when she realizes its uselessness and cruelty?

I connected with these questions when I heard a mother on Facebook talk about her guilt feelings towards her son about his circumcision; although he assured her that he holds no grudge against her, and although she didn’t know better back then and simply, without doubt, followed the path of the herd, she has a hard time forgiving herself. 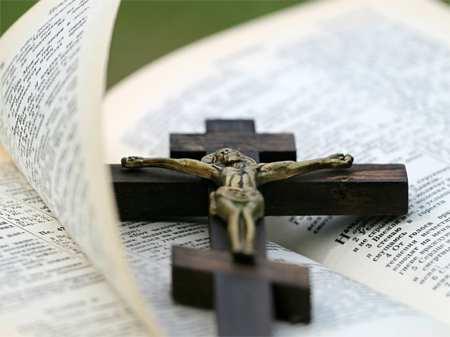 Unbelievable for me, but then, let’s not forget: the first settlers in North America were religious extremists. They were so radical in their interpretation of Christianity that in Europe, they were hunted down, especially for their prudery.

Nowadays, while Christian Europeans basically have one of two confessions, either Catholic or Protestant, there are numerous confessionals sects in the US, some of whose rules even over-ride state law (think Mormons and polygamy).

Religion is a very visible influence in the ‘new world’, with expressions that are unthinkable in my mother country, Germany; like religious TV shows, morning prayer in public school, not teaching evolution theory according to Darwin, or not explaining to children where the babies come from when they so ask, in simplest terms, according to their age.

Natural Relationship with the Body

From that background, a question jumped up in me while talking with my friend. What if the religious zealots implemented circumcision to prevent boys from touching themselves?

While this seems far out at first sight, one thing is clear: a boy who regularly washes his penis and moves the foreskin develops a natural relationship with his male organ and will, at some point of time, discover that playing with the foreskin gives him pleasure.

A circumcised boy, with the according conditioning of ‘Don’t touch!’, will have no hygienical need to carefully tend to his penis and no permission to give it loving attention.

I have no clue how much my thoughts touch base with reality, and I hope that this topic is going to come up in the collective discussion soon so I can learn more about it.

The Question is out:  Why are American Men Circumcised?

From a religious standpoint: sorry, circumcision is not Christian.

From a hygienical standpoint: sorry, water does a perfect job.

From a human standpoint: sorry, that’s a life-long bodily injury; let a boy decide on circumcision when he attains full age.

What is the need for this practice in America?

And when will it stop?

I stumbled upon this interesting article “The Truth About Circumcision | Doctors Reveal Psychological, Physical Trauma and Health Effects Of This Totally Unscientific Procedure”  that gorgeously elaborates on the circumcision practise.  Oh boy, it’s even worse than I thought…